The Secret of To Do Lists 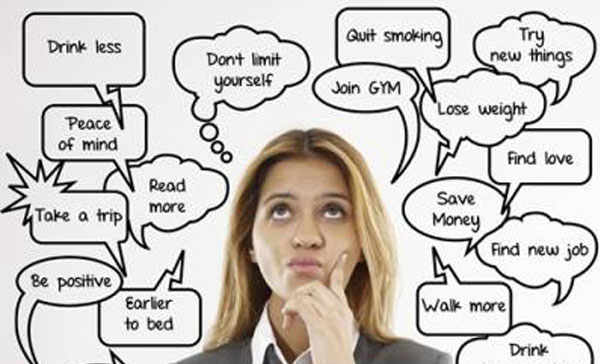 16 Oct The Secret of To Do Lists

Posted at 03:36h in Personal Productivity by admin 6 Comments
1 Like 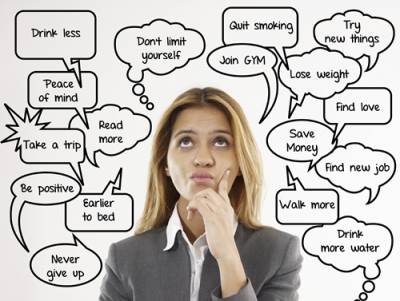 In my personal productivity training, I often ask how many people habitually create a To Do List to help them manage their workload. The results vary with each group of course, but it is not uncommon to have only 50% of the group raise their hand. For me, this is sometimes surprising.

I always encourage people to create a To Do List and clearly many people already understand the importance of doing so. In fact, for them it is unthinkable that they would not use one. However, others take a far less formal and less structured approach. For these people, making a structured To Do List can be a more random or even dare I say, a more chaotic process.

In this article, I want to explore the actual psychology of the humble To Do List. Why are they important? Can they help us be more productive and effective?  If so how, and maybe more importantly, why.

You’ve probably never heard of this, but no doubt you will immediately understand the effect described. The Zeigarnik Effect was discovered by a young Russian Psychology student named Bluma Zeigarnik. Allegedly, she along with a group of other Psychologists attended a lunch in the late 1920’s. It was a large group and the Waiter took all their orders without writing anything down. Yet amazingly, he got all their orders correct.  (Sound familiar already….)

Upon leaving the restaurant, Bluma Zeigarnik realises she has left something behind and returns to collect it.  Upon re-entering the restaurant, she thought to ask the Waiter with the fantastic memory for help. (…sounds perfectly normal to me!) Legend has it that the waiter looked blankly at her having no idea who she was or even where she might have sat etc. Slightly bewildered, Zeigarnik apparently asks how it was that he could have forgotten everything so soon, he having such a fantastic memory and all. The Waiter replied, he only ever remembers each order until it is served, after which he promptly forgets it.

Zeigarnik  and her mentor, Kurt Lewin were quite curious as to why this would happen and decided to investigate further to see what might be going on here.  They wondered whether the mind dealt with uncompleted tasks and completed tasks differently. (…unless you’re a Psychologist, this might not sound so normal!)

They performed a number of experiments including observing people who were given the task of finishing a jigsaw puzzle. Some people in the group were deliberately interrupted and given other tasks to complete; even to the point of not being allowed to complete the puzzle. They were then instructed to forget about completing it; the experiment was over. Turns out, they actually couldn’t forget about it. They found that the group who could not finish the puzzle thought about it twice as much as the group who were allowed to complete the puzzle uninterrupted.

Their conclusions became known as the Zeigarnik effect.

Originally it was thought that the Zeigarnik effect  was either:

Roy T. Baumeister and John Tierney did some further research work on this which was published in 2011 in a book titled; Willpower: Rediscovering our Greatest Strength. They suggest there is an even better explanation based on new research.

The Zeigarnik Effect they say is in fact the unconscious mind asking the conscious mind to MAKE A PLAN….. In other words, your unconscious mind is continually nagging at your conscious mind to write it down and plan to do it. To return to our restaurant example, the waiter could remember who ordered what up and until he delivered the meals to the correct person, whereupon, it was promptly forgotten as the task had then been completed.

The implications in far as your To Do List is concerned are quite significant especially given the enormous workload that many of us seem to face in today’s fast paced society.  If the unconscious mind was continually reminding us of things we have not yet finished, we might be in serious trouble. (agreed yeah?)

Thankfully, you don’t have to complete everything on your list to clear your head, but you do have to make a plan. It needs to be written down in your To Do List in other words.This new research seems to make intuitive sense and does back up what I’ve been telling people for years. If you have an idea or are given a task to complete, your unconscious mind will keep reminding you this needs to be done until you write it down and make a plan to do it.

So, what can we learn from this research? Here are 3 things to keep in mind.

Those 3.00 am meetings with yourself are most likely your unconscious mind trying to keep you honest. It probably explains why some people tell me they have a notepad beside their bed so if they do wake up with their inner mind nagging them, they can write it down and go back to sleep. Whilst this would obviously work based on this research, I think it is better to get in the habit of writing up your To Do list regularly before you leave work for the day wherever possible. (I for one would prefer not to wake up at 3.00 am if I could help it…)

It really doesn’t matter what type of To Do list you decide to use. The most important point is you use one. Don’t try and store things in your head, your unconscious mind will continually nag at you until you either complete it or you make a plan to complete it. Given the amount of work we all have on, it makes great sense to make a list first. Additionally, this may also help you be less anxious and less stressed.

Remember, when you create a To Do List, this is not necessarily a plan though it is a great start I’d say. At the very least, a plan would entail knowing WHAT you have to do and WHEN it needs to be done by. (ie a due date). This is where an electronic To Do list can be very powerful by the way. Every task can have a mini plan and a due date which can be easily modified if necessary.

Read our Plan Ahead and Be Your Own Boss article 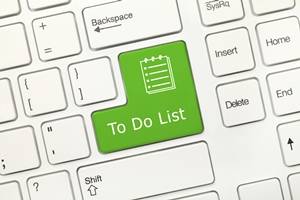 Finally, you should try to work with One List only. Maybe you will have a Work list and a Personal list but you need to be consistent with it. Avoid creating too many uncontrolled lists. Having too many lists is actually counter-productive. If you cannot rely on where you wrote it down, it is akin to actually not writing it down.

Should you create a to do list every day? I say yes, but I also recognise that this can be quite a time consuming task. You may like to have a Long Term list as well as a Daily/Short Term list.

For me, the electronic Task function in Outlook is a fantastic tool which ensures everything I need to do is written down (very little inner nagging going on).

I can include a Due Date with each item. I can easily add to my list every time I need to and even more importantly, I can make quite detailed plans in each item if necessary. If you’ve never tried the Outlook To Do List, I strongly recommend you give it a go. You can discover more here.

So that’s it really, the evidence is pretty compelling in my opinion. The humble To Do List is an important productivity tool you need to master if you want to be more productive; be less anxious and less stressed. So block out a daily time in your Calendar or Diary to create a To Do List. Make sure you have a plan for EVERYTHING you have to do and be more productive as a result!

Get Things Done, Improve Your Productivity, Managing Your Workload