Are you paying attention … really? 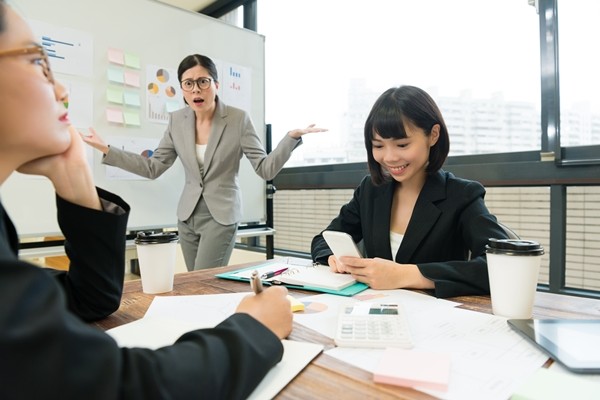 09 Aug Are you paying attention … really?

Posted at 08:51h in Personal Productivity by admin 4 Comments
0 Likes

We live in a ‘switched on’ world. We’ve always loved being connected to others – that’s human nature – so the arrival of social media along with computers in our hands (and even on our wrists) was something we were all-too-ready to welcome. And welcome we them did, to the point where ‘connection’ now seems to mean ‘always on’ for many of us. Unfortunately this has had some side effects, some of which are affecting our productivity. One of the most prominent is something called ‘continuous partial attention‘, or ‘CPA’ for short.

Continuous partial attention sounds like multitasking, though really multitasking is just one form of CPA. Where multitasking means trying to do two or more things at once, CPA means having part of our attention directed elsewhere even when we think we’re focusing on just one task.

Are you someone who experiences continuous partial attention?

Here are a few typical indicators of CPA. Do any of them sound familiar?

Is continuous partial attention affecting you?

CPA can have a number of negative effects. One of the most obvious is decreased productivity. Put simply, continuous partial attention leads to taking more time to do any given job, even a small one.

As one common example, how many times have you found yourself writing an email while holding a conversation at the same time – only to find that you’ve been typing the words you were listening to rather than the message you were intending to send? The deleting and rewriting that results? That’s a product of CPA.

Of course if each task is taking you longer than it should, over time you’re going to build a long list of uncompleted tasks – jobs either partially completed or not started at all.

A side effect of this situation is increased stress. When your mind is constantly switched on, your brain doesn’t get any downtime, and that leads to stress.

It can also cause stress in others. If part of our mind is always elsewhere, we are never purely ‘present’. The people we are with will never feel that they have our full attention. Ultimately this is not healthy for us personally or for our relationships.

Of course if part of our consciousness is always ‘off task’, eventually we are going to fall back into attempting to multitask, something that just doesn’t work and that fractures our attention even more.

How to beat continuous partial attention

Turn off ALL Notifications

The most obvious way to do this might seem foreign to you, or even downright risky: turn off your notifications! Turn off the notifications on your computer (e.g. the new email alert), on your phone (e.g. social media alerts) and, if you have one, on your smartwatch.

Notifications can most easily be temporarily turned off on your devices using their ‘do not disturb’ function. But it’s worth asking yourself whether it would be better to permanently turn them off for some of your ‘noisiest’ apps, and especially for social media which really could be checked once in a while – on your terms rather than your phone’s.

Use the “Cone of Silence”

I am showing my age here, but if you’ve ever watched the TV series Get Smart you will remember the ‘cone of silence’ – a way for Max and the Chief to have – at least in theory – a private, uninterrupted conversation. It’s very funny. Anyway, the point is that avoiding CPA means effectively building a cone of silence around yourself.

If you’re lucky enough to have an office door, think about closing it from time to time, when you really need to focus. In an open-plan situation you could use a ‘red flag’ or some other sign to indicate to your co-workers that you’re ‘off line’.  Or find a meeting room or unused office to take your laptop into for a while.

I love using multiple screens. It has really improved my productivity. I especially love the ability to work on multiple documents on more than one screen. I might have a training manual open on one monitor and cut and paste text into a slide show on the other, for instance.

However, there is always the temptation to have, say, your email screen open on the ‘secondary’ screen while you work on the ‘primary’ one. This is an open-door invitation to CPA as part of your attention will always be drawn to that second screen.

What I have started doing is to have my calendar open on my second screen, but not my Inbox, Facebook or any other application that wants to control my attention via constant updates. This helps keep me more focussed on the task I’m working on. (By the way, did you know that in Outlook you can open your calendar or your task list in a separate window and then display just that window, hiding your email in the process? Just right-click on your calendar or task icon and choose “Open in New Window”. You can then move this new window to your second screen if you have one.)

Honestly, it certainly takes some discipline to do this, but the productivity benefits are well worth it.

Continuous partial attention is epidemic in our always-in-touch world, and it is affecting our productivity and stress levels. But ultimately you can train yourself out of it by taking back control of your devices.

Next month I will outline a few other strategies. Meantime, I’d love to hear your feedback in the comments.