Why Conversations in Microsoft Teams can be more efficient than Email 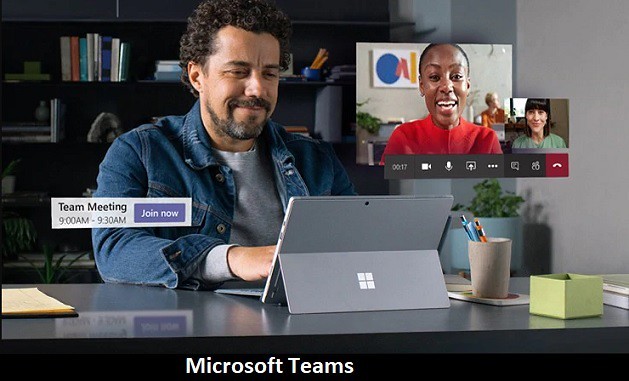 By now, almost everyone who works in the Microsoft universe knows about Microsoft Teams. Since COVID-19 and the need to work from home, many organisations have turned to Teams as the ‘go-to’ platform for video meetings. Many organisations chose Teams as an alternative to Zoom after the latter’s initial security problems. Plus Teams was already part of the Microsoft 365 package anyway.

If you don’t know much about Microsoft Teams, you can read a little about it here. But briefly, Microsoft Teams is a digital workspace or hub that allows a group of colleagues to interact at a central online ‘location’. It’s a bit like the digital equivalent of an open-plan office in which everyone can easily stay in the loop, even if they’re not directly involved in a conversation – only with a lot better organisation.

Teams makes communication and collaboration amongst a group much easier than using a combination of email and other online and/or offline tools. Better still, your ‘team’ can include people outside your organisation as well as inside, so it’s ideal for project work.

What I’ve noticed lately is that many organisations are using only a fraction of the power of Microsoft Teams. This is understandable since many organisations have had to enable Microsoft Teams at very short notice. However, most are using it just as a Zoom alternative, that is, just for video meetings. That is a pity, because it can be so much more!

Take conversations, for instance. Using Microsoft Teams as a central place to hold your digital conversations runs rings around using email. But the vast majority of people I work with are still struggling with overflowing inboxes – a problem made so much worse while we’re all working from home. In fact in a fairly recent study, email was found to increase by about 57%. Just in the past week, I’ve been able to ask the question to about 150 people as to whether they think email has increased whilst working from home.  Overwhelmingly, the response was YES.

We all know how loose and messy email conversations can get. For example, let’s say you send an email to a few people in your team about a particular project. Over the next few days, responses arrive from various people at various times. Some remember to copy everyone in, but some don’t. This leads to some people missing out on an important part of the discussion. In the meantime, new emails are arriving in everyone’s inbox relating to completely different topics, which means some messages relating to your project inevitably get overlooked by some team members.

The flow of the conversation as a whole is almost impossible to track. Before long, misunderstandings are rife. An enormous amount of time is wasted sorting these out – all of which generates even more emails.

Amongst all this noise it’s impossible to remain focused on any one conversation. It’s like being in four or five meetings at the same time and trying to take the minutes for all of them.

This is bad enough in ‘normal’ times, but in life under COVID-19, it’s even worse. That question you might have asked the colleague who sits next to you at work? That’s now another email thread. So is the invitation to (virtual) drinks after work, that would normally be a quick announcement to the office. It all becomes incredibly stressful.  What would it look like to have those conversations in Microsoft Teams?

In Microsoft Teams, all of this can be so much simpler. Teams is organised by, well, teams. Any person in the wider team (including ‘outsiders’) can be a member of one or more teams, so you might create various teams within Microsoft Teams for various projects.

Within each team there can be a number of ‘channels’. A Channel can be set up to manage a particular Project or Team Task within that team. This can be useful for keeping things clean, and also for reducing the noise for individuals who don’t need to be involved in a particular line of conversation.

A channel is essentially an ongoing conversation around a particular project or task. Everyone in the channel (unless it’s a Private Channel) can see everything that’s being ‘said’.

Within a Channel, anyone can begin a new ‘Conversation’, which is basically a thread related to the purpose of the Channel. When people reply to that conversation, the replies are indented and stay within that conversation. This really helps everyone to stay focused. Much as in messaging apps, you can also send a quick thumbs-up in response to a comment if that’s all it needs. Responses stay in the order in which they are made. There’s an overall sense of tidiness which reduces stress levels enormously compared with email.

As well as the teams and channels, there is a separate ‘Chat’ tab within Teams that allows for a general conversation to go on outside everything else. The corridor conversation, if you like. Chats are more private in nature. They only involve the people engaged in the ‘chat’.

Teams uses the ‘@’ convention for mentioning people (which can highlight notifications for them). There are various notification options (chosen by the user), and it’s all accessible on your PC as well as on apps built for Android and iOS devices.

Getting conversations started in Microsoft Teams

By now you can probably see how enthusiastic I am about the potential of Microsoft Teams to reduce your internal email overload and improve your inter-team conversations, even more so while everyone’s working from home. And I haven’t even got into all the other things you can do with Teams, such as file sharing or  collaborating and co-authoring with documents. You can even work with other Microsoft 365 programs and apps such as OneNote, Planner and so on within Teams.

There’s a little bit of a learning curve involved, especially as so many of us are locked into the email way of remote conversing. My suggestion is to start small, perhaps using the overall Chat feature first, then creating a team or two and a channel or two, focused on a particular project or outcome the team is working on. This will shift the conversation around that topic or project into Teams.

If you really want to give your team a kickstart, you be interested in our Microsoft Teams Training internally for your team or organisation…. online or in person. Or check out our Online Public Training program. Microsoft Teams Productivity Training.