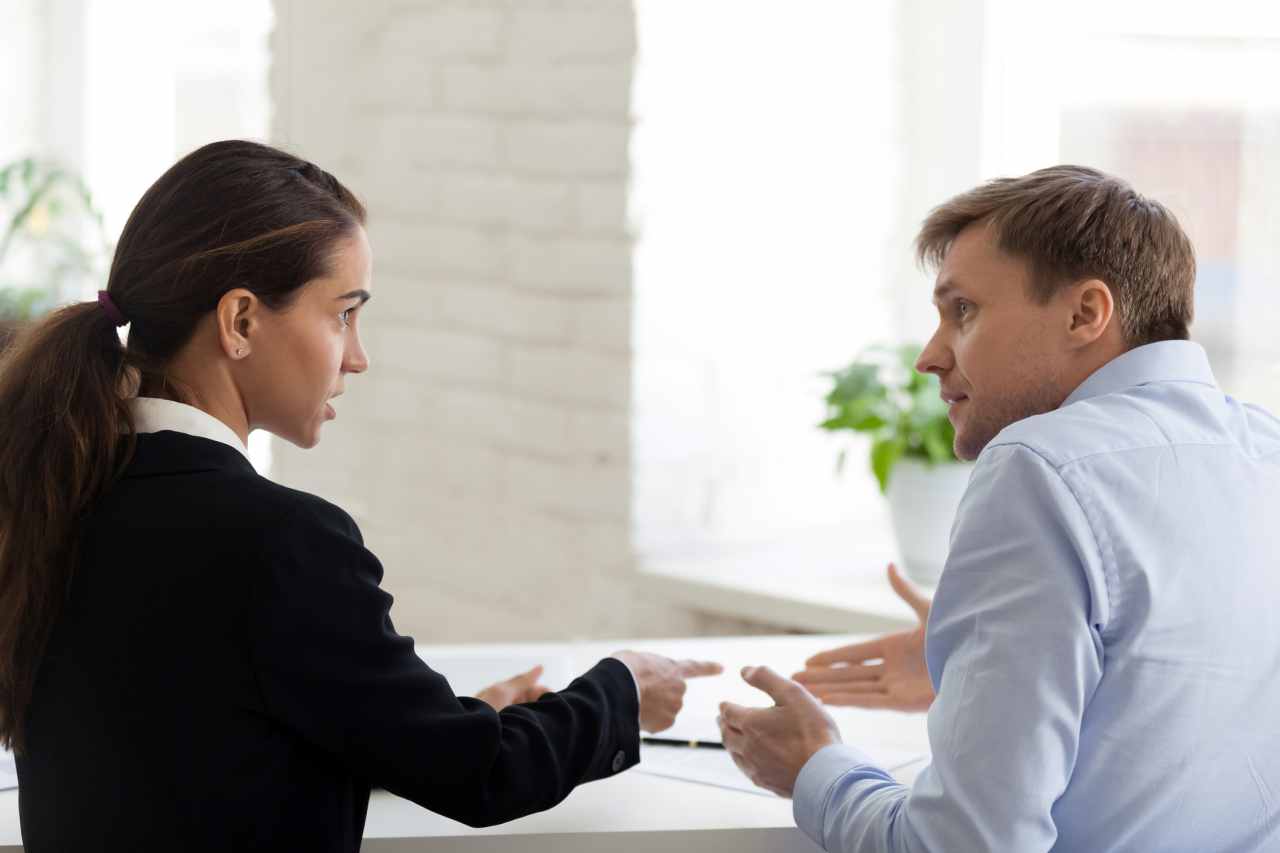 Workplace conflict is one of those things that we all experience. I mean, is there anyone who has never had to deal with conflict at work? Of course not. Conflict is inevitable. Whenever you have people, you will have conflict.

At its core, conflict usually arises from differences between people. People work differently, they think differently and they behave differently. Conflict often arises when some core element of trust, belief or passion is challenged in some way. Other times, it can simply be a matter of misunderstanding, though that can also result from personality differences. Whatever the source, when conflict at work develops a lot of time and emotional energy is wasted trying to resolve it, often resulting in poor productivity.

Conflict at work can obviously vary in intensity, from the quite mild to the more intense. Maybe we would call mild conflict just a ‘disagreement’, though  even disagreements can escalate into more intense conflict if they are not understood or handled correctly by the parties involved.

In this post, I want to focus on dealing with milder workplace conflicts so that they can be nipped in the bud before they become more intense. Once conflict at work escalates to the level of ‘intense’, it probably requires some form of specialised conflict intervention by a trained mediator.

When an entire team undertakes the MBTI questionnaire, the results really highlight the mix of different personality types within the group.

When I work with people with the aim of resolving often persistent workplace conflict, I begin by getting the participants to undertake the Myers Briggs Questionnaire. Everyone knowing their own personality type and those of the others they work with, provides a clear starting point. I’ve lost count of the number of times I’ve had people say they can immediately understand why a certain person in their team ticks them off, often quite unintentionally. Interestingly, when this happens, almost without fail there is a difference between the two parties on the feeling/thinking preference scale, so let’s look at this by way of an example of how the MBTI framework can identify personality differences and help resolve misunderstandings.

Thinking (or ‘T’) types tend to be very task focused. They like get the job done … pure and simple. They are less concerned about relationships. There’s a job to do and doing it is their primary focus; workplace relationships often come second.

Those with a Feeling (or ‘F’) preference, on the other hand, are more focused on relationships in order to get their work done. For them, having good interpersonal relationships means they can better focus on the job. Having sound relationships comes first. Fs get their best work done when relationships at work are sound and they feel respected.

You probably already get a sense of how Thinking and Feeling types can find themselves in conflict at work. Not only do their different approaches to work (getting it done versus building relationships) grate on each other, but this gets exacerbated in any attempt to resolve the conflict. The ‘T’ just wants the conflict dealt with so they can get back to work. The ‘F’ won’t be satisfied until the relationship has been mended. In other words, they are trying to resolve their differences in a way that only exaggerates those differences.

How MBTI can help resolve conflict at work

I recall a situation, a few years ago now, in which I was asked to work with two people who had virtually stopped talking directly to each other. They would communicate via email and were civil in meetings, but there was little personal contact. I’m not a trained mediator, but I was asked to consider working with these two people. In taking the job on, I decided to use the MBTI methodology since these people had not done it before and the conflict was really only mild. And, more importantly, they were both keen to resolve their differences.

I had both parties undertake the MBTI assessment and from that I generated a unique MBTI report called the MBTI Comparison (Work Styles) Report. This report basically compares the MBTI results of two people ‘line by line’, highlighting potential areas of disagreement or misunderstanding. Both of these people showed up as introverted (I), both were sensing (S, as opposed to intuitive – ‘N’) and both were judging (J, as opposed to perceiving – ‘P’) . The only major difference was – you guessed it – that one of the two had a Thinking preference when it came to decision making, and the other had a preference for Feeling in similar situations.

As I debriefed them both (together) on their MBTI preferences, the report highlighted their differences beautifully. At one point, the person with the Feeling preferences highlighted a comment that the other person had made a few years earlier!  He then explained how he was very hurt by that comment. The other person with the Thinking preference, initially had some trouble even remembering the comment she had made, but then restated why she had made it.

To her credit though, this person then apologised for failing to recognise that her comment was perhaps too direct, and for not recognising that he had taken it quite personally. He, in return, apologised for taking it too personally and not letting her know that he was upset by the comment. Now many readers might see this situation in terms of underdone emotional intelligence. That’s no doubt true, but the point is that the Myers Briggs framework helped both of these people understand their most significant personality difference; that is, the area of Thinking versus Feeling. IN a non-confrontational way, it showed how that difference had contributed to the workplace conflict between them.

It’s a story a with a happy ending though. They both left the session with a better understanding of each other and with a commitment to put aside their differences… and start talking to each other again!

In this case it’s such a pity it took them so long to understand each other when, in the end, they weren’t so far apart. It’s one of the reasons that I consider the Myers Briggs personality framework a great starting point in developing increased personal and interpersonal self-awareness.

Why not consider our MBTI Team Building workshop for your team?