While the EQ-i 2.0® identifies the level of a cli­ent’s emotional and social functioning based on his or her responses, the EQ 360 assess­ment provides a more in-depth analysis by having those who work with the client pro­vide information as well.

When observer rat­ings are compared with the results of an EQ-i 2.0 self-report, a more complete 360 degree profile emerges.

Reports are structured in a very clear and linear manner that is easy to follow and reference — making the Workplace EQ 360 an entirely positive user experience for the client. 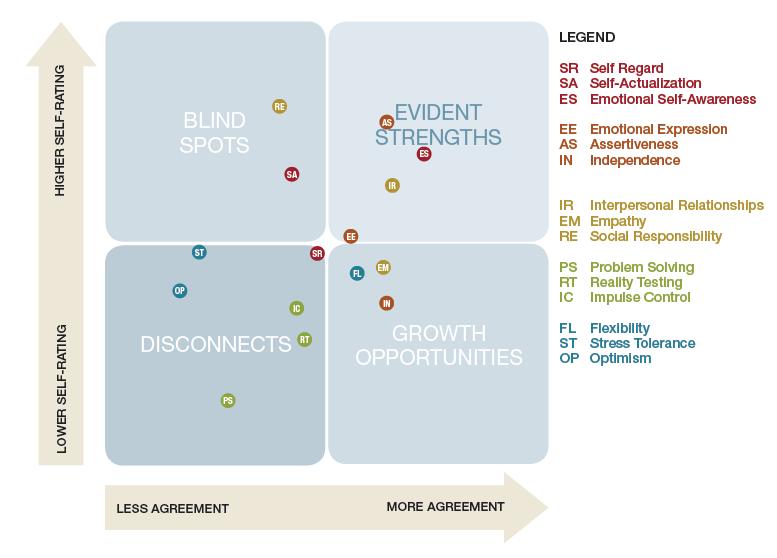 The Workplace EQ 360 features a one-page over­view, as well as providing a gap analysis which is a visual representation of the ratee’s responses directly compared to the responses of the nominated raters.

The gap analysis points out the areas where there is a high versus a low level of agreement between the ratee and the raters, and it high­lights potential blind spots.

The EQi 360 provides comprehensive 360 degree rater feedback on the same emotional intelligence items as the EQi 2.0. As such it is highly regarded in developing an even greater sense of self and interpersonal awareness.