We can provide the EQi 2.0 and EQi 360 range of emotional intelligence assessments to aid in your professional and personal development. The EQi 2.0 Emotional Intelligence framework is one of the most widely used, empirically proven and scientifically valid instruments available in the world today. In fact over 1 million people have taken the EQi Assessment.

Applications of emotional intelligence using the EQi 2.0 that we can assist you with include:

The EQi 2.0 has a number of reports that can be tailored to suit your particular need.The four different reports we can generate for you are: 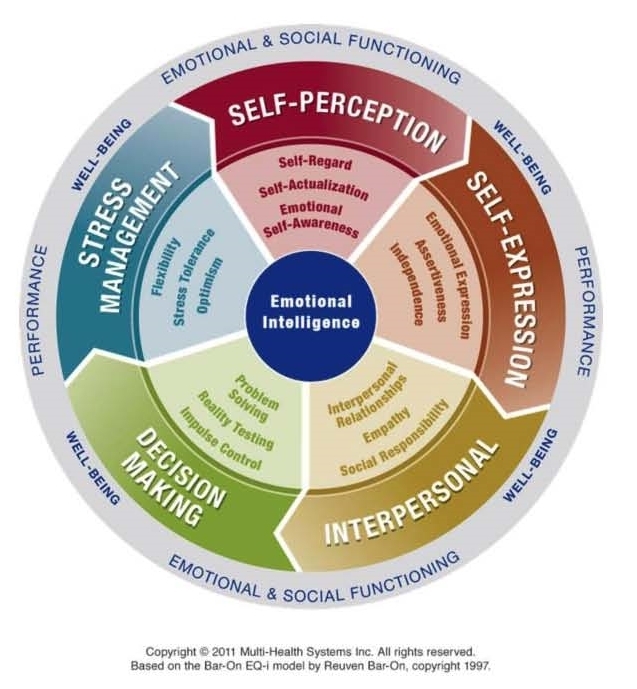 The EQi 2.0  model is a 1-5-15 factor structure which contains 133 questions. Each report gives an overarching EI score (Total EI), broken down into five composite scores which, in turn, are broken down into a total of 15 sub-scales as shown below.